Father Stephen Pohl, who resigned as pastor of St. Margaret Mary Church on Aug. 20, has pleaded not guilty to federal charges of accessing pornographic images of children.

The priest was placed on administrative leave on Aug. 12, when the Archdiocese of Louisville learned he was under investigation by the FBI for possessing inappropriate and pornographic images of children. Father Pohl is suspended and may not present himself as a priest, wear clerical clothing or serve in ministry.

Archbishop Joseph E. Kurtz said during a news conference at the Chancery Aug. 21, hours before Father Pohl was arrested, that the archdiocese is cooperating with the FBI and concentrating the archdiocese’s efforts on the pastoral care and safety of those affected.

“I personally and all of our archdiocese are deeply grieved,” the archbishop said. “Our effort to provide pastoral care and especially to reach out to families has already begun and will continue.”

Counseling staff from St. Margaret Mary School and from the archdiocese are available to provide assistance to families, including counseling and resources to help families talk to their children about the situation. The archdiocese’s victim assistance coordinator, Martine Siegel, is available to respond to questions and concerns.

According to court records, Father Pohl accessed pornographic images of children online. Father Pohl also had more than 150 photos of St. Margaret Mary School children that he had taken on parish grounds on his computer and other devices, the records say. The children were wearing clothing in these images, but investigators described some of the photos as inappropriate, characterizing them as “child erotica.”

The investigation into Father Pohl began after a child told his parents that the priest took “wierd” photos of him at school, according to court records. The child’s parents obtained the photos from Father Pohl and shared them with the law enforcement, records say.

Leaders of the archdiocese met on Aug. 20 with St. Margaret Mary School families. The school is among the largest in the archdiocese, with more than 700 students.

Dr. Brian Reynolds, chancellor and chief administrative officer of the archdiocese, said during the Aug. 21 news conference, “We want to continue our process of being as public and transparent as we can with this. It’s painful for everyone involved.”

The archbishop said that he’s grieving and can only imagine “what parents are feeling.”

“There is anger, confusion; there is hurt and fear. Our job right now is to walk with families,” he said.

Archbishop Kurtz also praised the efforts of St. Margaret Mary’s staff to respond to families’ needs and he asked for the prayers of the faithful in the archdiocese.

The archbishop plans to assign a new pastor to St. Margaret Mary. In the interim, Father J. Mark Spalding, pastor of Holy Trinity Church and the archdiocese’s vicar general, will be the parish’s temporary administrator.

In addition to St. Margaret Mary, where Father Pohl has served since 2008, the priest has served in the following parishes and ministries: pastor of St. Thomas and St. Monica churches in Bardstown, Ky.; director of the Vocation Office for the Archdiocese of Louisville; associate pastor of St. Athanasius Church, the Basilica of St. Joseph Proto-Cathedral in Bardstown and St. Gabriel Church; chaplain at Mercy Academy; and deacon at St. Helen Church, now Mary Queen of Peace Church.

Those who have information related to the investigation are asked to call the FBI’s local Cyber Crimes Unit at 263-6000.

Siegel, the archdiocese’s victim assistance coordinator, can be reached at 636-1044 or at victimassistance@archlou.org.

Marnie McAllister is editor of The Record, the weekly newspaper of the Archdiocese of Louisville. 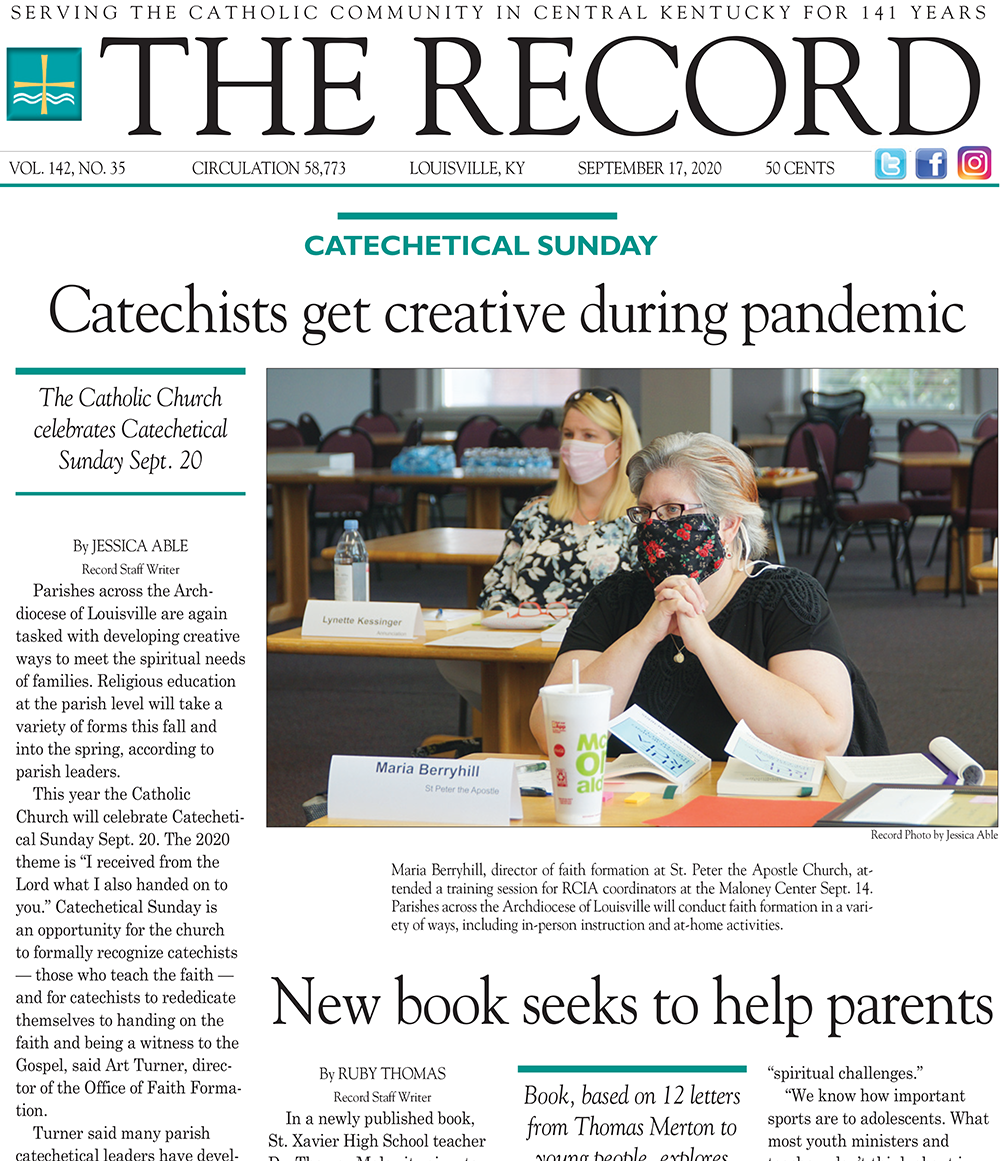